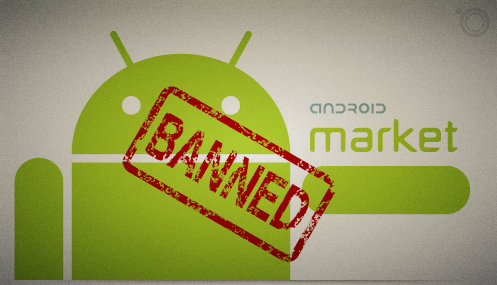 Already Google is not faring well in China due to the government’s restrictions there. Now the Chinese government has blocked Android’s app store, Market, for many users in the country. This has been confirmed by Blocked In China, which is a site that tests URLs accessibility in the five major Chinese provinces. This is not the first time that Android Market was blocked in China has the same had happened once before in 2009.

For the Android users, they only have an option to use China’s local app stores. This move by the Chinese government might very well have been due to giving more profits to its own app store markets rather than the official Android’s app store. The Chinese local app stores offer most of the content for free and Android devices are often not synched with Android Market, so the users usually use them.

Even though, it is something that Google definitely does not appreciate, the Chinese local users can lessen their disappointment with the alternative. Already Google is facing tough competition to have its own place in China due to its local search rival, Baidu. It has been reported that Baidu is planning an OS of its own, Quishi, which is similar to Android.

Though Chinese are perhaps the best in the world to copy a technology, it leaves others out of business scope in China. Google’s social networking site, Google+ is also part of the Great Firewall (GFW) black list, just like Twitter and Facebook

intech-bb.com/2011/10/10/android-market-blocked-in-china-again/
You must log in or register to reply here.