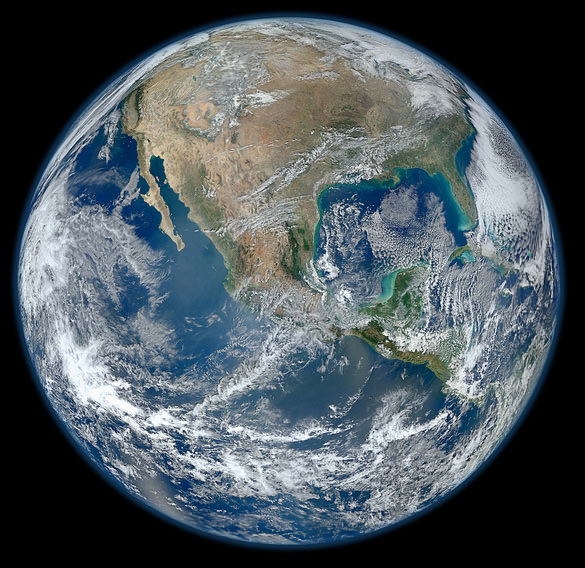 NASA has released another Blue Marble photograph of Earth. It calls this one the “most amazing, highest resolution image of Earth ever”. The image is a composite created from a number of photos of Earth’s surface captured on January 4, 2012, and weighs in at a massive 64-megapixels(8000×8000). You can download the full-res version here. Be warned though — it might crash your browser.

(via Gizmodo via PopSci)
Reactions: gosu_smurf

The picture is huge, 8000x8000, 17.2mb.. won't really crash the browser, but practically impossible to view without much scrolling hahah.
You must log in or register to reply here.