Baby Dayne may well grow up to be a stunt man. Certainly if he ever has the misfortune of landing in prison he will have no problems planning his escape.

His mother couldn't figure out how her toddler was getting out of his cot every time she put him down for a nap. She thought it must surely have been a joint venture with his twin brother, who sleeps with him. 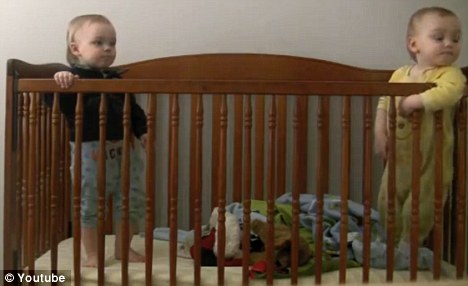 Bye mummy: Baby Dayne, left, and his twin brother watch as their mother leaves the nursery so they can have a nap 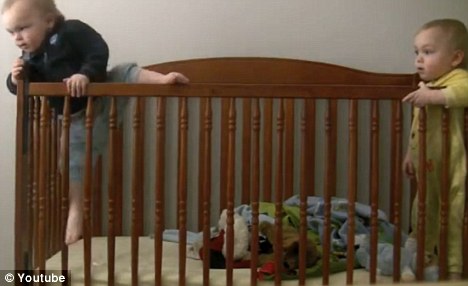 Coast is clear: Determined Dayne hoists his leg up on the bar as his brother watches, fascinated

So she decided to set up a video camera in the nursery to see exactly how Dayne was making his great escape.

The footage shows the two boys standing in their cot while their mother says goodbye.

Once she leaves the room, the twins exchange glances, knowing what comes next. 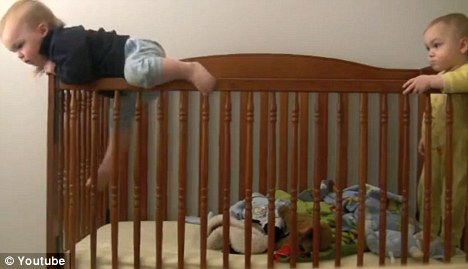 Right, I'm nearly over: He manages to scale the top of the cot and is almost out 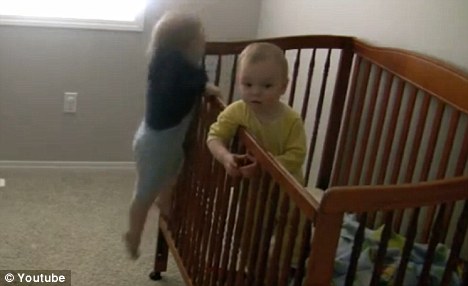 Gently does it: Dayne lets himself down from the cot, but falls over as he lands

A determined-looking Dayne surveys the room before quickly throwing his leg on to the top bar of the cot and hoisting himself up and over, landing with a bump on the carpet.

But rather than crying, he seems to resign himself to the fact that the pain is the price of his freedom. 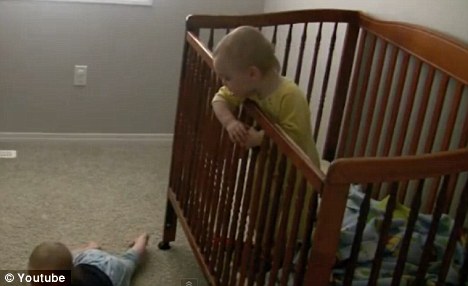 With a bump... but free: He takes a minute to recover on the floor as his brother watches 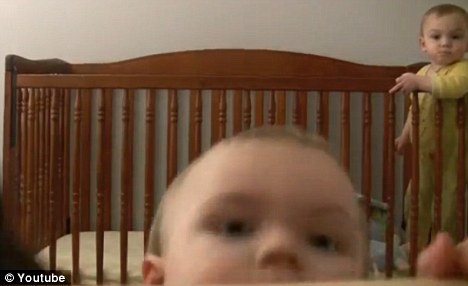 Now to destroy the evidence: Amazingly, Dayne toddles over to the camera and pulls it off the shelf, presumably to stop his mother finding out how he made his great escape

Taking a second to recover, he then toddles over to the camera, which he apparently realises has filmed his antics and decides to destroy the evidence.
He grabs the camera with both hands and pulls it off the shelf.

Dayne's mother - who calls herself 'Momof6boys' - posted the clip on YouTube with the caption: 'I think it is time for toddler beds.'

Since then the video has gone viral.

this is one smart ass kid!!

perfect example of THE FITTEST SURVIVE.

the other kid standing by and watch will lose big time in this race to survival.
Reactions: sinful and MalcolmX

the other kid standing by and watch will lose big time in this race to survival.
Click to expand...

He alr accepted his fate - to being locked up.

Alpha male baby not allowing himself to be constrained by his surroundings
You must log in or register to reply here.