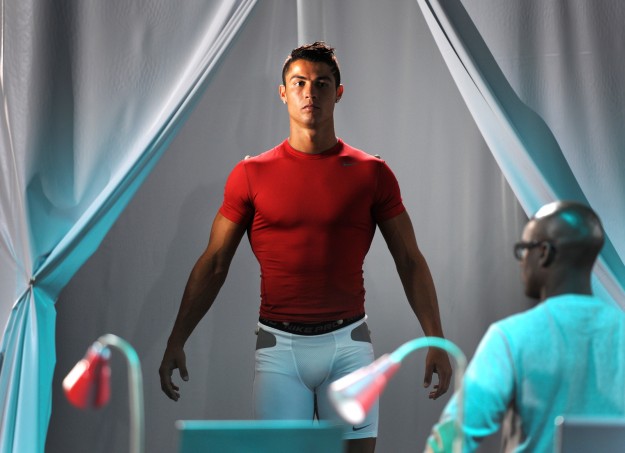 In an innovative documentary, Castrol pushed Cristiano Ronaldo to the limit in a series of tests designed to measure Ronaldo’s footballing skills, strength, agility and mental toughness.

It is arguably the most rigourous scientific examination of a football player ever taken as Ronaldo (a Castrol global ambassador) is literally tested to the limit – our inside sources told us of how, after several hours of grueling tests, Ronaldo was almost ready to collapse from fatigue but still managed to put in 110% in every single test he was presented with.

The documentary aims to give football fans an exclusive insight into what makes him one of the best footballers of his generation. Highlights include:


Using ultra slow motion and high impact CGI, and including a series of interviews with football experts including Fabio Capello and Arsène Wenger, the film-documentary aims to give viewers unrivalled access (and insight) to Ronaldo.

loved the part when they turned off the lights when the corner kicked ball is in mid air. Ronaldo's sense of the ball is superb.

his ego and pride is also pretty proportional to his skill

lats muscle looks really well defined and large for a footballer. I wonder if it's genetics or special training

Very interesting documentary, looking forward to seeing some more.
You must log in or register to reply here.