Herman Cain, a Republican presidential candidate from Georgia, doesn't only want to catch the executive seat; he's on a quest to catch the public's attention, the media's focus and probably a baseball or two. In other words, what's we're getting at is this: he's gotta catch 'em all.

In Thursday night's Republican primary debate in Iowa, Cain quoted "a poet" as having once said, "Life can be a challenge, life can seem impossible, but it's never easy when there's so much on the line" (refer to video). These are lyrics from "The Power of One," a song written for Pokemon: The Movie 2000 by "poet" Donna Summer.


This could be dismissed as a charming flub, if only it was the first time Cain had used Pokemon lyrics in a political speech. Cain quotes the line on what appears to be his official website (attributing it to the 2000 Olympics closing song, which it's not), at his official campaign announcement in May, and at the Republican Leadership Conference in June. Maybe it's a secret message that if he wins the presidency, he'll replace all US court systems with Pokemon tournaments, because that's the only way to be sure justice is truly upheld. Maybe. 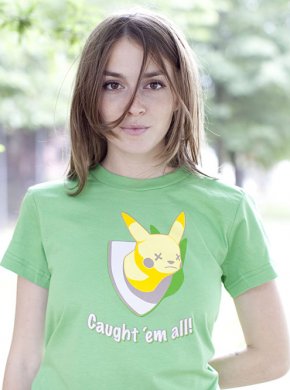 this power of one song seriously reminds me of that avatar movie theme song.. i feel u or i see u.. shrug.

alright dude that is enough

MalcolmX said:
this power of one song seriously reminds me of that avatar movie theme song.. i feel u or i see u.. shrug.
Click to expand...

LMao. It's I see you

prosu said:
alright dude that is enough
Click to expand...

hahhaaa sorry couldn't help it! >.<
You must log in or register to reply here.