Picture Headlines from around the world on our ministerial pay cut 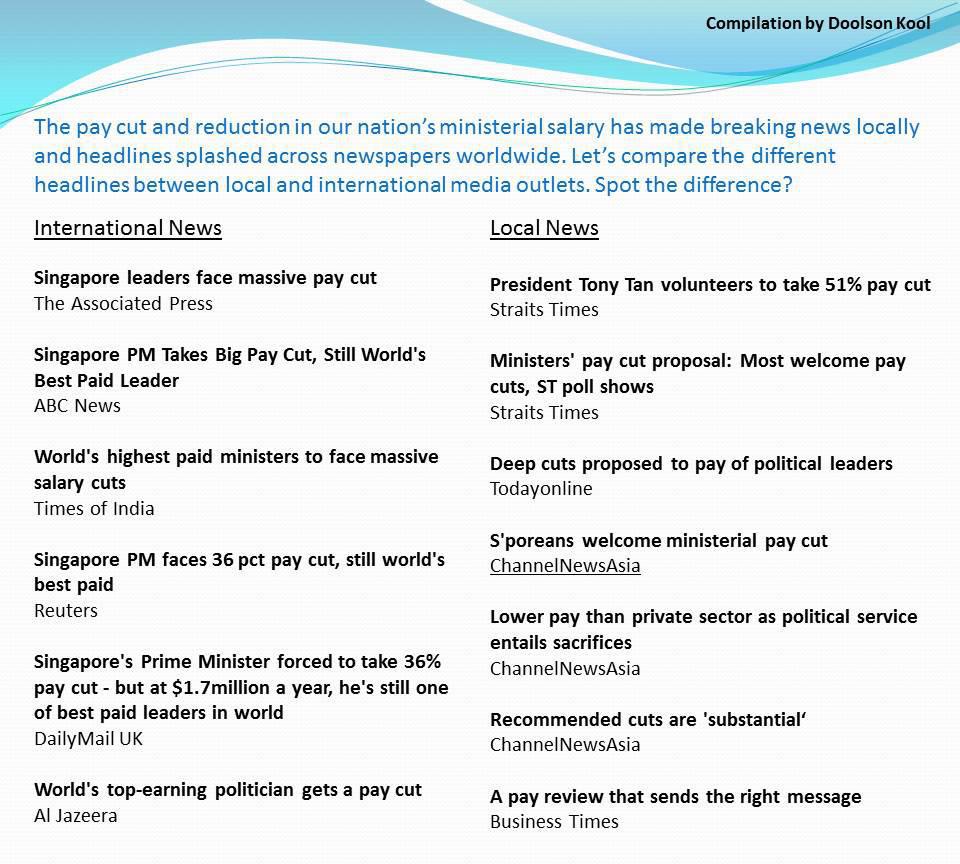 Instead of mentioning the Prime Minister’s new salary as $2.2 million in its headline, the state-owned media has cleverly used the pay of a minister at the bottom end of the entry MR4 grade for its headline. This amount is calculated to be $935,000, a tinge lower than $1 million and hence, enabling the state-owned media to publish its headline as “Ministers’ starting pay cut to less than $1 million”. People who saw this headline but did not read the text would get the impression that ministers’ salaries are now all below $1 million which clearly is not the case. In fact, most of the cabinet ministers would be receiving more than a million for their salaries with the Prime Minister getting more than $2 million. 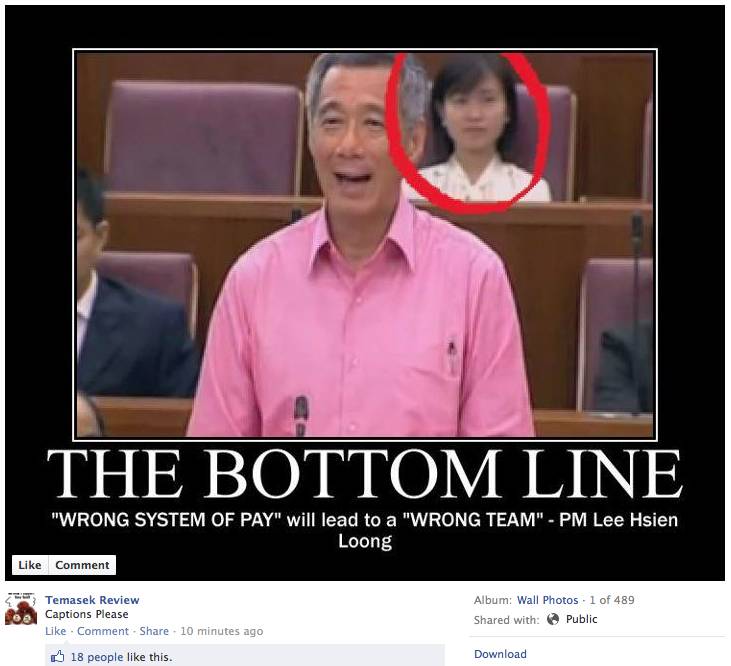