SINGAPORE: Singapore's Prime Minister Lee Hsien Loong has called for a transformation of his People's Action Party (PAP) for a new era.


PM Lee said this is part of conclusions reached in the party's soul-searching after the May General Election (GE).

Speaking at the PAP Convention 2011 on Sunday, Mr Lee urged citizens to be part of the common cause of building a better Singapore.

It is the first PAP Convention after the GE and an apt forum to reveal results of its soul searching and review of the May 7 polls.

Though the PAP won 60 per cent of the votes, Mr Lee said it is still a watershed election, adding the party must do better next time round.

"We also must recognise that policies alone are no longer sufficient because we must fight the politics, carry the ground, convey the message that resonates with our people and inspire Singapore to aim high and strive for further goals," Mr Lee said.

"We can do better, we can overcome our problems, we know where we are going. Let's do it."

The new PAP will thus work differently - by being less centralised and more interactive, as well as engaging more people in debates.

"The success in reinventing our party depends on all our members. Every member has a role to play. It requires a shift in our mindsets and behaviours, among the leaders to reach out to many more activists and volunteers and to reach out beyond the party," Mr Lee said.

But Mr Lee added there will also be some who will dispute whether the party is doing good for Singaporeans.

"We have to try our best to convince them not by just words alone, but by our engagement, persuasion, by our actions and deeds, what we do, how we interact with them, how we bring them in, accommodate their ideas and views and build a broad coalition with as many Singaporeans as possible," he said.

"There will still be a few who are against us, whatever we say. And some of these may have different views from the PAP.

"Others will want to displace us. But the issue is not policies or whether we are doing right or wrong, but who is in charge, in power.

"They would like the PAP out and eventually themselves in. You see some of these very hardcore opposition views on the Internet. Often, you don't know who they are, because they are anonymous. We should take such criticism in our stride but constructively.

"If it is valid, hear it, use the feedback to improve ourselves. If it is not valid, answer it, defend our position, explain why it is mistaken. Respond firmly," Mr Lee said.

The PAP's review of the May GE threw up several underlying trends, and these include a stronger mood for more opposition.

Mr Lee said the PAP must be better prepared, and one conclusion from the review is to identify candidates early.

"We want a more diverse slate; we want our people identified earlier, tested out earlier, put in place on the ground earlier, avoid parachutists come in at the last moment," Mr Lee said.

"We agree completely with this recommendation and therefore the party has already started looking for potential candidates for the next round."

On constituencies lost, Mr Lee said even in Hougang, about a-third of the voters supported the PAP.

But Aljunied GRC was a setback, as it was the party's first GRC loss.

Mr Lee said: "We knew sooner or later such a thing could happen; you could say sooner or later bound to happen, but understandably our party activists and candidates in Aljunied are deeply disappointed.

"For the next five years in Aljunied, the PAP is in opposition, but the PAP does not intend to give the Workers' Party team in Aljunied a free run.

"So I think our branches in Aljunied will have enough to do, to keep themselves busy and also to keep the Workers' Party team busy.

"And the party will back them up with leadership and support, and we will fight on and eventually we will win back Aljunied."

Mr Lee said he expects future elections to be "fiercer contests", with no more "safe wards" or "clean sweeps".

So his call to the activists is prepare early, not just nearer elections, but throughout the five-year term.

"At the national level, we fight the elections starting now, getting our policies working, getting our organisation in place, getting our outreach strengthened, getting our communications modernised and mobilised, so that we have five years to prepare for the next time," he said.

"We have to strengthen our base, win over the voters who didn't vote for us, use the next five years well, to pull further ahead. 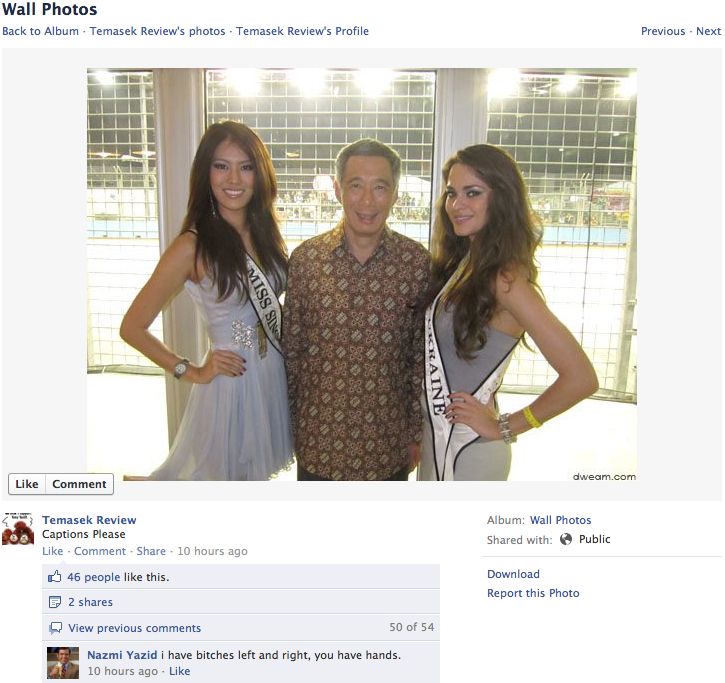