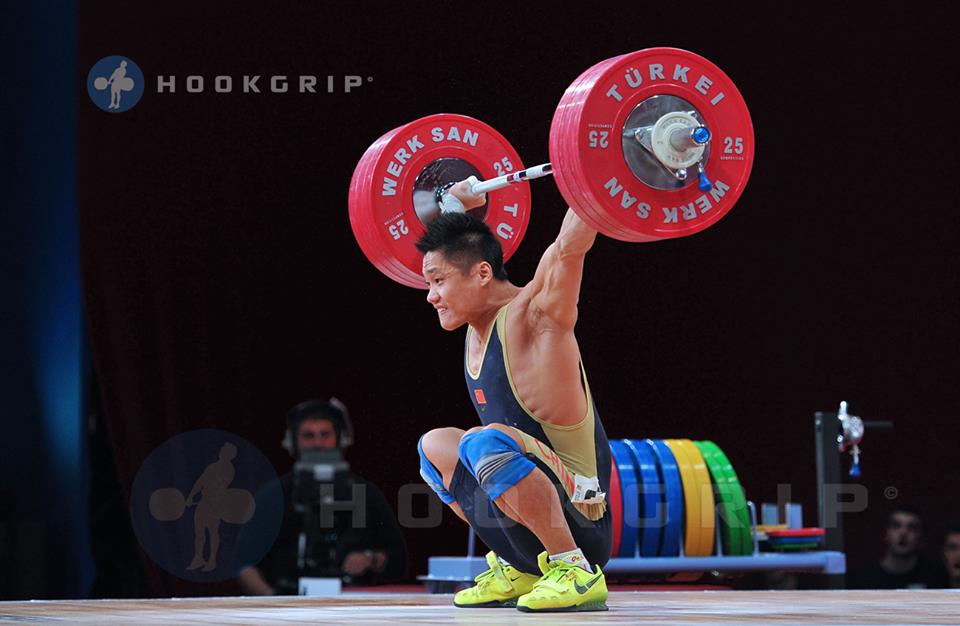 Lu Xiaojun (-77kg, China) snatching a World Record 176kg at the 2013 WWC en route to setting a new WR in the total as well with 380kg. A 99kg over bodyweight snatch is nearly unheard of these days. As far as I know, the only other lifter to accomplish this feat since the 1980s is Andrei Rybakov of Belarus. Despite blooming relatively late, Lu has definitely established himself as an all-time great with an Olympic title, multiple WRs and three senior World titles.