The Singapore Biathlon, the largest and most competitive biathlon in Southeast Asia, is an annual event organised by SAFRA National Service Association and Republic of Singapore Navy. This event consists of an Olympic-standard 1.5km swim followed by a 10km run.
The event started in 2001 to introduce endurance challenges to Singaporeans and has attracted a large following since.

Whether you're a youth at 15 or a veteran at 40, Southeast Asia's largest swim-run event promises to challenge the limits of your endurance.
For enquiries, please contact 6377 9865 or email singaporebiathlon@safra.sg. 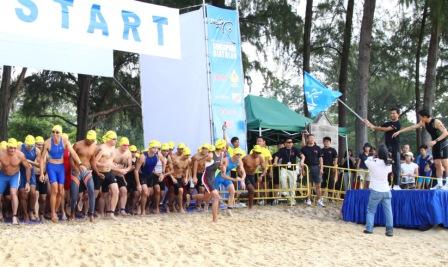 ​
​
more info: Safra - About Singapore Biathlon​
You must log in or register to reply here.