lol rebecca black is a meme?? 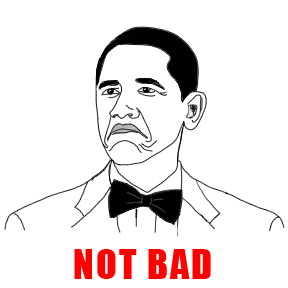 About
Obama Rage Face, also known as Not Bad, is a rage comic face using a photo of Barack Obama making a sturgeon face expression. The face is usually used to express approval.

Origin
On May 24th, 2011, the President of the United States, Barack Obama, and first lady Michelle paid a visit to the Queen of England at the Buckingham Palace. During the visit, a photo was taken that would inspire the rage face: 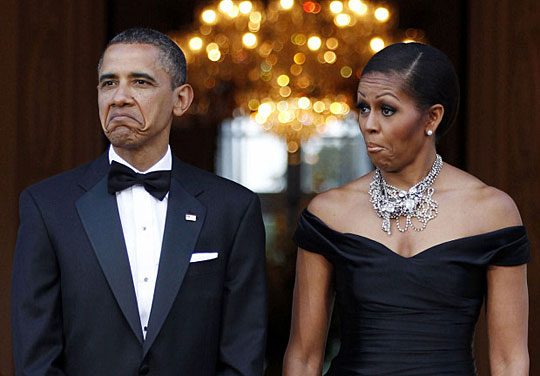 http://knowyourmeme.com/memes/obama-rage-face-not-bad
Reactions: fooLedbyrAndomNess
You must log in or register to reply here.