The love story that has thousands talking, hoping and shedding tears

Ryan Smith loved golf, airplanes, cooking, good wine, good beer and the Oregon Ducks. But more than anything else, he loved Bethany.

He met Bethany Schmidt in 2005 when they were both freshmen at the University of Oregon. They became inseparable — eating out together, visiting their families together, traveling to Europe together, cheering together at football games at Oregon’s Autzen Stadium.

The good times continued after Ryan and Bethany graduated in 2009. They rented a one-bedroom apartment near campus in Eugene and launched their careers — Ryan in finance, Bethany in graphic design. Then, in January 2011, the 23-year-olds received a blow.

Ryan learned he had a rare and particularly ruthless form of cancer. Bethany took time off work and stayed by Ryan’s side as he tried everything: three intensive chemotherapies, a major surgery in Los Angeles, lengthy and grueling hospital stays. But by November, doctors discontinued his treatment, and by early December, his organs began shutting down. 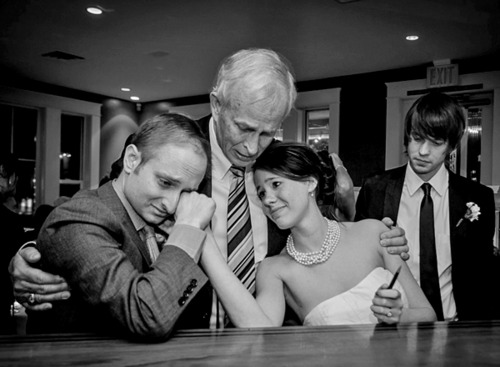 The couple realized they had little time left to do what they wanted to do most of all: Get married. So, with the help of family members, friends and helpful strangers, they planned a stunning wedding in just three days. Their nuptials didn’t center on formalwear or wedding favors or other trappings that stealthily consume the thoughts of so many brides- and grooms-to-be. Instead, the focus was simple: Their love for each other, and their love for their family and friends.

Six weeks after the wedding, Ryan was gone.

“Looking back on it, there was more love in that room than I have ever experienced in my life,” Bethany Smith wrote in reflection on her wedding day.

“Although it was way too short, we were able to be married and celebrate our one-month anniversary, and that’s a gift no one can ever take away.”

Ryan developed a virulent form of testicular cancer that manifested itself as a large tumor in his colon. Because he also had a rare refractory disease, the cancer was impervious to chemotherapy.

“He never, ever complained,” recalled Ryan’s mother, Carrie Smith. “We have all just marveled at this. He just never complained the entire time.”

Ryan’s father, Peter Smith, said he once tried to encourage his son to vent a little bit when he was sick.

“I’ve said to my own siblings that Ryan is basically setting an example for us as we’re all getting older. If anything like this happens to us, we should look at Ryan and see how to handle this sort of thing with grace and courage.”

life is so fragile indeed