Wall made of.. CASH? 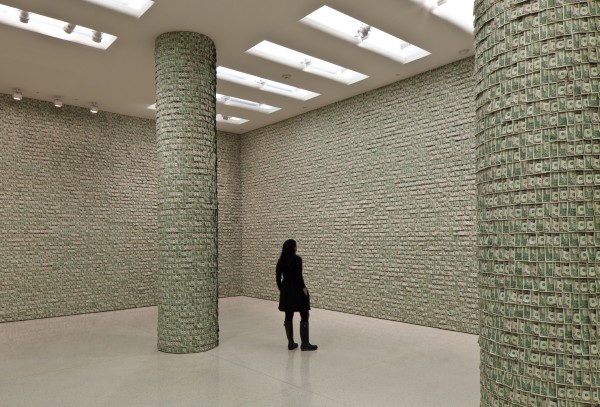 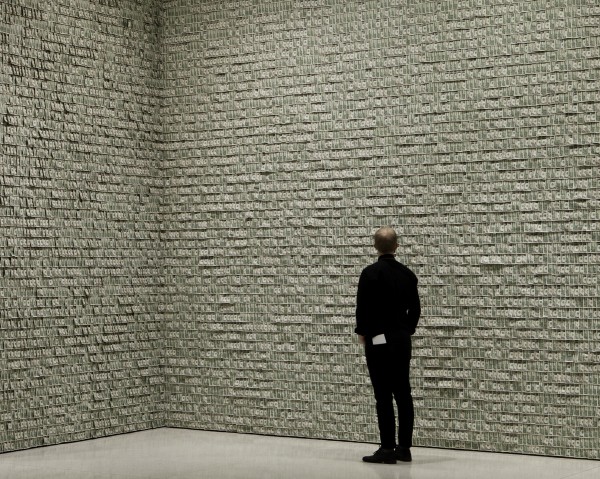 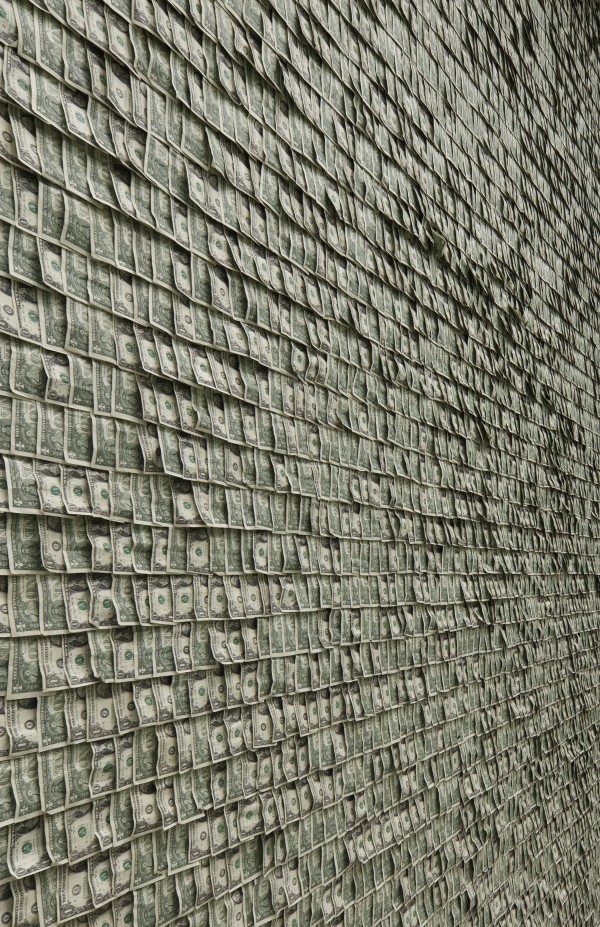 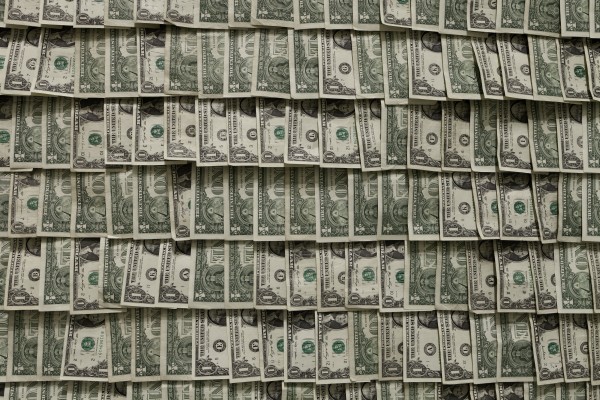 Hans-Peter Feldmann has spent over four decades conducting a profound investigation into the influence of the visual environment on our subjective reality. Composing images and objects into serial archives, uncanny combinations, and other illuminating new contexts, his work unearths the latent associations and sentiments contained within the landscape of daily life. As the winner of the 2010 HUGO BOSS PRIZE, a biennial award recognizing significant achievement in contemporary art, Feldmann received an honorarium of $100,000. For his solo exhibition at the Guggenheim, he has chosen to pin this exact amount to the gallery walls in a grid of overlapping one-dollar bills.

The installation, which uses money that has previously been in circulation, extends the artist’s lifelong obsession with collecting familiar material into simple groupings that reveal a nuanced play of similarity and difference. Throughout his practice, Feldmann has frequently divided an apparent whole into separate components; he has photographed every item in a woman’s wardrobe (All the clothes of a woman, 1973), presented individual images of the strawberries that make up a pound of fruit (One Pound Strawberries, 2005), and created a sequence of 100 portraits showing individuals of every age in a collective lifespan of a century (100 Years, 2001).
Feldmann also has a history of resisting the art world’s commercial structures, issuing his work in unsigned, unlimited editions and retiring from art making altogether for nearly a decade in the 1980s, at which point he gave away or destroyed the works remaining in his possession. Bank notes, like artworks, are objects that have no inherent worth beyond what society agrees to invest them with, and in using them as his medium, Feldmann raises questions about notions of value in art. But his primary interest in the serial display of currency lies less in its status as a symbol of capitalist excess than in its ubiquity as a mass-produced image and a material with which we come into contact every day. At its core, this formal experiment presents an opportunity to experience an abstract concept—a numerical figure and the economic possibilities it entails—as a visual object and an immersive physical environment.

Link: Hans-Peter Feldmann at the Guggenheim

holy cRAP, fire hazard seh
You must log in or register to reply here.