According to UN calculations presented in May today, October 31 2011, the world population reaches 7 billion people. If you would have to make a bet where, India is your best choice. 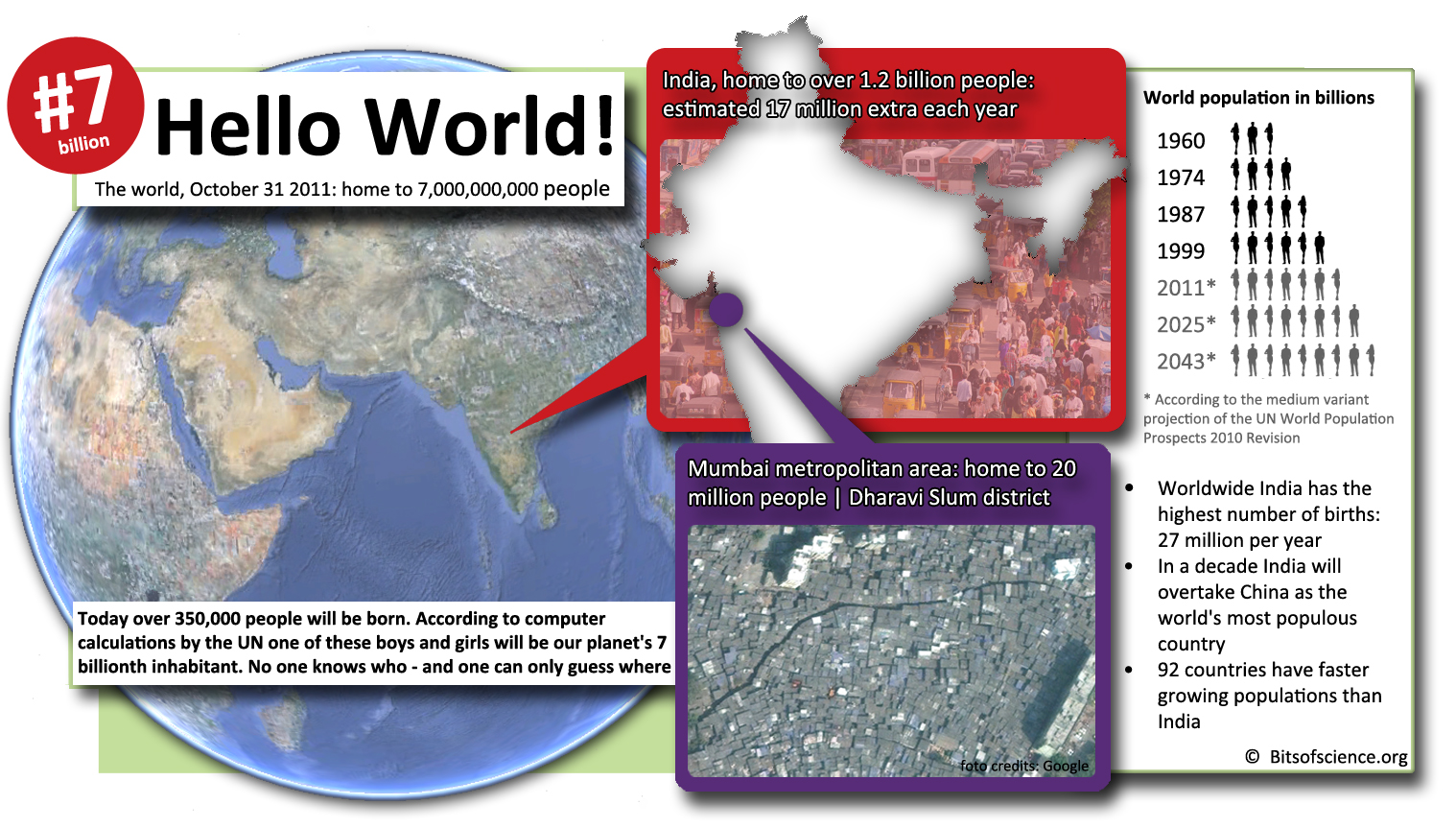 Meanwhile in New York, Ban Ki-moon will address the UN, to mark the 7 billion milestone. He will focus attention on challenges and problems arising from continued growth of the world population. It is only 12 years since the world population reached 6 billion.

And according to the medium projections of the World Population Prospects’ 2010 Revision we will only have to wait until 2025 to greet 8 billion. That would mean the world population would have doubled in just over 50 years time.

A Harvard study from a few months ago concludes up to 2050 97 percent of population growth will come from less developed regions. Most notable is Africa, where again according to medium UN prediction the total population will grow by 2.5 billion extra people over the course of this century. In the meantime many European nations will have declining populations. Today countries like Nigeria, Pakistan and Indonesia already have more inhabitants than Russia. By the end of the century even some small African nations, like Uganda and Malawi, would have larger populations than the world’s biggest country.

China has its one child policy. They are out of the context. Japan is underpopulated as well, if I am perfectly correct. There is really a 'natural' balance when it comes to population.

dorothyperkins said:
China has its one child policy. They are out of the context. Japan is underpopulated as well, if I am perfectly correct. There is really a 'natural' balance when it comes to population.
Click to expand...

Japan's replacement ratio is below the optimum 2.1. Besides facing an underpopulation problem, it's current aging population is a huge one in itself. Many developed countries all face this problem - people tend to give birth to fewer children or none at all :/

For China, the one child policy does not affect the entire nation. The rich can afford to pay the fines when the break the one child rule. Also, rural areas are allowed to keep more than one child to help out with agriculture.

Pretty insane how quickly the world population is growing, i wonder how long before it starts to get very messy.
You must log in or register to reply here.